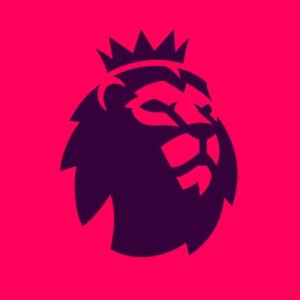 Another weekend of Premier League action has now come and gone. The world’s most-watched league is 3-games old and its table is gradually taking shape. Some will try to counter and say it’s still early days. That’s true but then again, there’s something about the early birds, right?

No, I’m not picking favorites to win the league just yet. After all, “nine points after three matches is nothing different… because we did that last season,” a famous manager said over the weekend.

With the Premier League set to take the backseat for international football and the grand finale of the long summer transfer window, I present to you this week’s edition of the definition. I will be taking a closer look at how the big teams in England fared, probably suggest encouragements for the superb ones and “medications” for the ailing ones.

Okay. That was just me joking. Let’s get to the meat of this article.

Seeing my description of the Gooners, you’d think it’s harsh and unforgiving. But when you think of how others used words like “abject,” and “a bunch of schoolboys,” you’d rethink your judgment of my own description.

It was as if the Arsenal players had never seen Liverpool play. It was a shambolic performance by Arsene Wenger’s men. And some fans are looking past players like Ozil, Sanchez and Chamberlain and pointing accusing fingers at the French gaffer, blaming him for the heavy loss.

Wenger is the problem of Arsenal. Too many unsettled players in this team. Contract issues, players' positions, etc.
Hopelessness.

“Why field players whose hearts are already miles away from the Emirates?” one said to me after the game. Names like Alexis Sanchez may be suspect for a poor showing on the day but, what of Hector Bellerin’s miscue that led to the third goal?  And how do you begin to explain not registering a single shot on target in such an important game?

Arsenal failed to attempt a single shot on target against Liverpool

Thierry Henry was right when he said they were “unwatchable.” Moves have to made, and quickly too, or else, the downward spiral may just have begun.

Chelsea vs Everton: The statistics

What else is more comfy than beating your opponents? Maybe outscoring them on the day and making sure they don’t come anywhere near “your yard.”  And that’s what exactly Chelsea did.

In a bid to put the “blues” of losing to Burnley behind them, Antonio Conte’s side scored two first half goals – for security reasons I guess. It was all Chelsea from then on as the Evertonians could only manage three touches in the opposition box before the 85th minute and four in the final five minutes (and injury time).

Oh, there was little case of Morata setting a Premier League record too.

Famed for the blistering fast attack that they boast, names like Mane and Salah didn’t hesitate to put Arsenal to the sword when the chance presented itself. In all honesty, I thought Liverpool and its shaky defense would concede at least a goal.

12 – There were just 12 seconds between Arsenal taking a corner & Mohamed Salah scoring Liverpool's 3rd goal of this match. Counter. pic.twitter.com/GtuKyl4PyB

But the reverse was the case as the stats showed. Jurgen Klopp took full advantage of a dysfunctional side and successfully scored 2 in each half. If it was a case of Arsenal being the worse of the two sides is hard to tell.

But, it was Liverpool’s 3 points on the day. And boy did they win it in some style.

For a while now, Pep has been accused of overly complicating things at and for Manchester City. Maybe that’s what made him switch to a back four against Bournemouth, playing a four-man midfield behind Gabriel Jesus.

With all the quality they possess, they still struggled to breakdown the Bournemouth defense and needed a 97th-minute Raheem Sterling goal to seal the deal. Maybe Eddie Howe’s side sat in too deep for City’s comfort. Maybe I can blame Man. City’s poor performance on that.

Bu then again, why did De Bruyne have to play so deep? Why can’t Bernardo Silva play 90 minutes? Can Yaya Toure play more often? These are just some of the questions – plus the others I asked on my Instagram page – that makes it obvious Pep Guardiola’s side are struggling.

#Repost from @theoneminutereview 10 Things I learnt from the #Bournemouth vs #ManchesterCity game. 11. Ake should have been sent off! 12. What is wrong with celebrating a 97th minute winner? #sterling #TheOneMinuteReview

But we all know Pep won’t change his style of play.

Jose Mourinho is the man.

In his post-match conference, Mourinho said, “I think we played well.” In all honesty, it’s hard to tell whether he was playing down the importance of 3 wins on the bounce or he really meant what he said.

The Red Devils put another foot forward in the right direction with a 2-0 win over Leicester. Unlike their last two games, it wasn’t the most glamorous of wins but then again, 3 points is all that matters, right?

Jose Mourinho’s men are being touted as favorites for the 2017/2018 Premier League title already. Why not? After playing 3 games, scoring 10 goals and keeping three clean sheets, it’s hard to argue about their title-winning chances.

There will be no Premier League games this weekend as it’s time for the international break. I’m looking forward to seeing how the Super Eagles of Nigeria and the Indomitable Lions of Cameroon will fare against each other. Hopefully both games will produce good football and I shall be entertained.

Which of the international games are you looking forward to seeing? Leave me a comment and lets get talking!